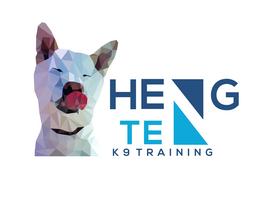 ​​Online Coaching through the HengTen community.

Well I've seen all the upcoming trials canceled for the next few weeks. Bailey finished up her last trial with less than 40 points from her ELT-CH and Atlas was primed to wrap up his Summit career next month with his 2nd Summit trial in 2020. Looks like the next chance will be summer, hopefully.

It was likely going to be the last Summit trail for Atlas - I may do some element trials going forward with him but it will be a while. I've held off telling him as he would likely start playing even more games at home than he already does.

I still find myself saying "well that never happened before" each day with Atlas - he continues to try to teach me things that I seem to need to learn.

In addition, with events and class suspended for the near future I'm looking for creative ways to continue operating so that HengTen can make the best of this time and also come out the other end.

My other life, running, has also been a flood of races were cancelled or postponed. Some of these events added a "virtual" race option where you run the distance and get the t-shirt/metal for you entry fee.

So the launch of a "Virtual Nosework Trial". it is based on what is happening to my running events - we don't get together to run but instead run individually and then provide the details to get the ribbon/metal.

Here are the guidelines for the  "Virtual Nosework Trial - Atlas Challenge"

1. There would be 2 categories Blind or Non-Blind, either you would have someone (Spouse, friend) set the hides and run blind or set the hides yourself and run Non-blind.

2. You would need to set all four elements (vehicles, exterior, interior and containers) and video.

3. You would be required to video each search and submit. My goal would be to post as many as possible on publicly on the HengTen Patreon site for sharing the Fun!

4. Interested - Link the Buy Now button to Register for $25 to receive the limited addition "Atlas" pin shown above.

5. I would select the Top-5 video submissions in each category and everyone would vote on the most creative searches. Prizes would be awarded for the winners.